Bill Hurst has served as First's Senior Pastor since October 2004. He was born in , , and is a product of the New York City Public Schools, including 's . He is a graduate of Queens College (CUNY), and holds the Master of Divinity and Doctor of Ministry degrees from the Lutheran Theological Seminary at Philadelphia, where he also serves periodically as an adjunct instructor in training pastors for parish mission.

Bill began his work life in musical theatre, as an actor, singer and songwriter. He then shifted careers to marketing and sales. He served as a Deacon of the Lutheran Church from 1986 until his ordination to the Office of Pastor in 1992. Before coming to Torrance, Bill served as Pastor of Trinity Lutheran Church of White Plains, New York, and as Assistant to the Bishop of the Metropolitan New York Synod of the Evangelical Lutheran Church in America, responsible for the synod's work in evangelism and mission outreach. He was the synod's Director of Communication from 1996 until 2000, and its Ecumenical Officer until 2003.

Pastor Hurst has edited the Eastertide devotionals "Keep the Feast" (1995), "O Blessed Spring" (1999), and "Known in the Breaking" (2000), and has written for The Lutheran magazine. His doctoral concentration, and ongoing professional passion, is developing renewed interest in Martin Luther's Small Catechism for home and parish use, and for Great Commission renewal in local congregations. From time to time he posts online seasonal reflections, including “Facing Home,” a study on the parable of the Prodigal and “We Are Lazarus,” reflections on Luke 15 and the church’s ongoing call to renewal.

Bill and his spouse Sharon have been married since 1980. Sharon, a former dental office administrator and after school director, currently teaches at First's . The Hursts have four children: Elizabeth, Timothy, Joshua, and Hannah.

(An excerpt from Bill's online series, "We Are Lazarus")

It was an unusual day in Los Angeles, 2002. Not because of the weather -- another sunny, beautiful day in this most reliably sunny part of the United States. No, what made this day unexpected was not the meteorology, but that this moment in space and time would become the setting for a life-changing lesson in ethnocentric ecclesiology.

The Space: The undercroft assembly hall of Angelica Lutheran Church in downtown L.A. – a century ago the Mother Church for Swedish Lutheranism in Southern California, and now a center for latino ministry in this most latinized among American cities. The Time: a national conference on Hispanic mission in the new Millenium, being held in the aftermath of the city’s time of unrest following the Rodney King beatings in 1991, an event that had peeled back the thin veneer of peaceable-ness of the land of palm trees and Hollywood, revealing the deep contours of racial intolerance and fear in the City of Angels, then and now.

I was there in that room as a judicatory staff assistant, religious communicator and un poco Spanish speaker. Seated in this enormous social hall beneath the large sanctuary space, once home to many thousands of Svens and Lenas, and now gathering more thousands of Eduardos y Marias, I was struck by the enthusiasm and verve of the many speakers who came forward to the podium. They spoke with power and conviction of the new city parish being formed and strengthened in the wake of the riots, and the importance of providing a public and explicit ministry of welcome and partnership among this largest of L.A.’s ethnic constituencies. As the speeches and stories surrounded us, so too did the large platters of Mexican and other national foods that were part and parcel of this multinational community’s identities and traditions. The aroma of fresh tortilla and tamale filled the air, with large platters of meats, vegetables and frijoles all around.

As grace was said and the foods shared, the midday entertainment began as well. A festive Mariachi Band entered the room and assembled on the large assembly hall stage – a troupe of Mexican performers, replete with their large decorative sombreros and bolero jackets, shouldering guitars, basses and Quatros, maracas and other percussion instruments. Then, with the call of Uno, Dos, Tres, Quatro – off they went. And it was powerful, loud, joyful and celebratory. And, song after song, everyone sang.

I didn’t know the songs. Not a one. All around me were people raising the roof with their refrains, singing the songs of their birth and heritage, clapping and eating and drinking and rejoicing. It was a strange personal moment for me – a moment of strange and compelling glee – filled at the same time with a pervasive and overwhelming sense of – estrangement.

In that moment I began to connect with what newer arrivals at the North American church must surely feel all the time: that all of those around you seem to know the drill, the lyrics, the patterns of worship and celebration – and you don’t, and can’t. It was at the same time inspiring and disconcerting, this moment of cultural koinonia for the majority and deep dislocation for the Outsider in their midst.

And then I felt myself carried suddenly backward in time – to the congregation of my childhood, the German parish of Queens, New York, where I had learned the vocabulary of faith, expressed in the auf Deutsch of my formative years. Where the tables were brimming not with Hispanic dishes, but with Sauerbraten and sauerkraut and lager. Where the air had been filled not with Mariachi melodies, but with the refrain of Schnitzelbank, of choruses of Ja, ja, ja, ja! And, in that moment of undercroft nostalgia, I realized in the pit of my stomach that I would never hear those songs again. The Church I had known, where I had felt so at home, would never be back again.

That’s what is at stake in our Lazarus communities – the knowledge that going back is simply not an option. Much as some of us might hanker for the leeks and onions of our personal Egypt, expressed in the languages and frameworks of the faith as first delivered to us, we cannot go back. The waters of the Sea have closed behind us, and the task ahead is to make sense of the wilderness into which we’ve been ushered. The melodies and modes of our past lives are not going to be repristinated for us; they are a piece of our past, not a chart for our present, and certainly not the missional trail of our future sojourn in the Christ who forswears the Tradition of the Elders in favor of the radical call to be faithful in the strange new world of the Gospel into which we’ve been ushered or pushed.

It’s a hard lesson for the Churched culture, even as it must have been for Jesus’ first followers, who must have felt just as dislocated and estranged as Gentiles entered the picture, eating their strange foods with their unwashed hands, and cleaving to Christ’s cross alone – idiocy to the philosopher and heretical to the religionist. How to be faithful, they and we ask in our consternation and grief, in that trying moment where everything familiar is being made new, where everything old is passing away.

So, aggrieved as I was to bid farewell to the biergarten comfort-zone of my youth, it became clear to me that the only way forward was to accept the reality of Change. Change of key, of instrumentation, of harmony. Change in the packaging of the faith, and Change in my definition of catholicity and koinonia. Change for the good, and for the duration. Change that allows the new kindred to enter, and find their song, and take their place as leaders and benefactors of the new Body that is coming together, bone upon bone and sinew upon strange and wonderful sinew.

So I sang. I sang along. Knowing not the words or their meanings, beyond what my High School Spanish might reveal. I sang, straining for pronunciation and articulation, needing to trust that the words were no less faithful than those I’d learned at the breast. Singing the babble that is more than Babel – the song of the Saints to whom the Gospel is being entrusted in this new age of proclamation and acculturation. Poorly I sang, like an infant trying out new legs on a shiny floor, afraid to fall but committed to try.

And the man next to me turned, perhaps alarmed by my cruddy accent and auslander singing. And he smiled. “Good try, my brother, good try.”

And that’s the Lazarus Church. 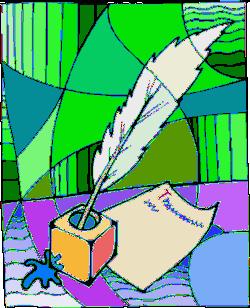