The Christian Liturgical Year
Time is a gift of God's creation. People order time in various ways, often based on the rhythms of nature. The church organizes time by the Christian Liturgical Year. It tells the story of God, who is beyond time, acting in history – above all through the life, death, and resurrection of Jesus Christ.
- Evangelical Lutheran Worship, page 13 (adapted)
Advent
Advent (“coming”) is the first season of the Church Year. It is observed on the four Sundays prior to Christmas Eve. This season varies in length, anywhere from three weeks to nearly four. The themes of this season are expectancy and hope. Advent begins with prophetic announcements of Christ’s return in glory, moving to the ministry of John the Baptist. As Christmas draws nearer, the themes revolve around the nativity texts in the gospels. Favorite hymns of the season include O Come O Come Emmanuel. (Advent Devotional (luthersem.edu).
Christmas
This twelve day season welcomes the birth of the Christ Child, and is one of the most festive times of the Christian Year. Beginning with Christmas Eve, it runs into the new calendar year, concluding on January 5. In addition to the familiar themes recorded in Matthew 2, Luke 2 and John 1, saints days commemorating St. Stephen, St. John and the Holy Innocents occur during this season of joy and welcome.

Epiphany
Epiphany (“revealed” or “manifest”) begins each year on January 6, commemorating the visit of the Magi from Matthew 2. In many parts of the Christian world (such as the Eastern Church and Latin America), this holiday is often celebrated with as much devotion as Christmas. The Epiphany Season (also known as the initial period of Ordinary Time) ranges over a number of weeks, depending on the date of Ash Wednesday and Easter Sunday. Important observances during this time include the Baptism of our Lord (Epiphany II), and the Week of Prayer for Christian Unity (January 18-25). Themes for this season include the beginnings of Jesus’ adult ministry, calling of the first disciples, and memorable miracles such as the Wedding at Cana. The season concludes with the Transfiguration of our Lord, remembering Jesus’ mountaintop appearance with Moses and Elijah.
Lent
Lent (from the Latin for “lengthen”), is a 40 day season of penitence and preparation for the wonder, devotion and joy of Holy Week and Easter. The 40 days begin on Ash Wednesday, with imposition of ashes and penitential worship. Sundays are not included in the 40 day period, but the season emphasizes repentance, reflection and renewal among the Baptized. Baptismal preparation for children and adults is encouraged during this time, and the themes of penitence are tempered with the hope of salvation assured through the person and work of Christ. Biblical themes include the successive covenants God has established with humankind, the temptations and trials of Christ, and the call of all God’s people to works of compassion, service and almsgiving to the least of these.
(Lenten Devotional (luthersem.edu))
Holy Week
This eight day period completes the Lenten journey. Beginning on Palm Sunday, it traces the journey of Christ from his triumphant entry into Jerusalem, to his dealings with religious foes and weak-willed disciples, and on to the events of the Passion. At FLCS, we observe each day of Holy Week with services of word and prayer, with a service of confession and forgiveness on Wednesday.
The Triduum
The most sacred days in the Christian Year occur during the Triduum (“The Great Three Days”), extending from Thursday through Saturday, and into the celebrations of Easter. On Maundy Thursday we gather for Communion, and wash feet and hands in obedience to Christ’s mandate to serve others as he has served us. On Good Friday we do not celebrate Communion, but gather for services of word and prayer in reflection on the events of Christ’s crucifixion and death. On Saturday night we observe the Vigil of Easter – the first Eucharist of the Easter Season – by recalling God’s grace throughout the biblical story, and remembering the gift of Holy Baptism in community.
Easter
Easter, the Season of Resurrection, owes its name not to a biblical image, but to a pagan fertility goddess, Estre, following early European practice. Other traditions name this season Pascha, or “Passover,” recalling the rescue of Israel from Pharaoh, and the rescue from sin and death offered by Christ for all people everywhere. This 50 day season begins on Sunday, and extends for a “week of weeks,” again following the Jewish practice of keeping Passover and the weeks following. Biblical images for this season trace Christ’s resurrection appearances, and his commission to his followers to extend the message of grace and salvation to all peoples. On the 40th day of Easter, we observe the Ascension of our Lord, and the giving of the Great Commission (Matthew 28 and Luke 24).

Pentecost
This Season means “Fifty Days,” and begins on the date Judaism calls Shavuot, marking 50 days after the beginning of Passover each year. Following the biblical account in Acts 2, the Church celebrates the gift of the Holy Spirit, and the gospel call to extend the gift of God’s grace and mercy to all people. The color of this day is usually red – a mark of the Holy Spirit, and the call to apostleship and martyrdom – as God’s people recommit our whole lives to sharing the good news among all nations and all flesh. This congregation often practices Affirmation of Baptism on this day.

Time after Pentecost
The longest season of the Christian Liturgical Year, sometimes called Ordinary Time, occupies the long summer period from June until November.  Scriptural emphases for this season focus on the teaching, healing and preaching ministry of Jesus. Old Testament lessons trace the ageless promises of God to the people of Israel, and extended sections from the New Testament letters round out the weekly lessons. During this season a number of important observances occur, as well as seasonal remembrances like Holy Cross Day (September 14th), Reformation (October 31st), All Saints (November 1st) and Christ the King Sunday (last Sunday of the Christian Liturgical Year). 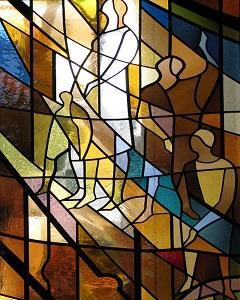 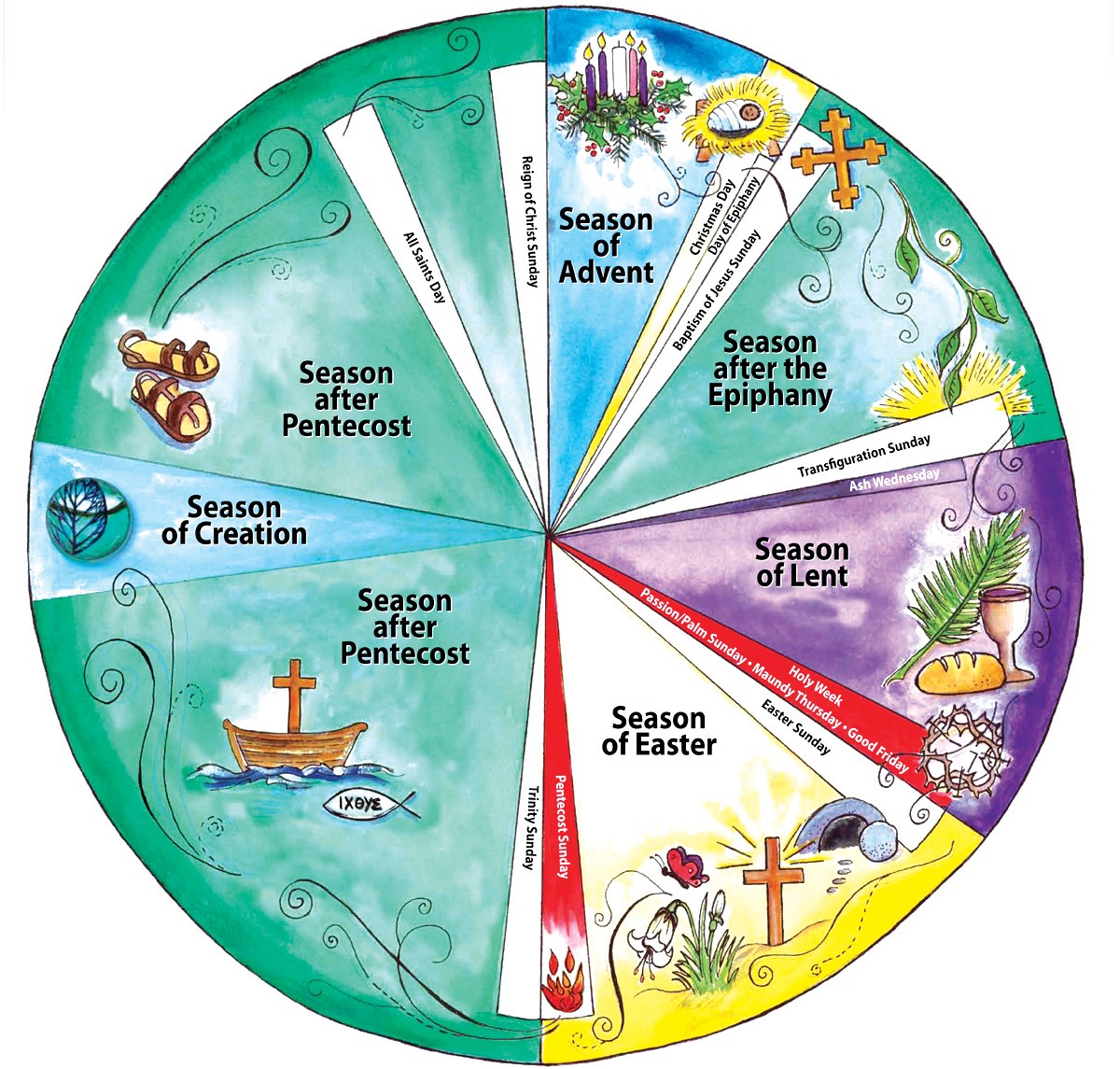