FIRST LUTHERAN CHURCH AND SCHOOL  + TORRANCE, CALIFORNIA
A BRIEF HISTORY OF FAITH AND MISSION (1926-TODAY)
It began as a journey of faith. Twenty-seven men and women, caught up in the turbulence of the Roaring Twenties, set out to create a community of faith for themselves and their neighbors; a church where they could gather for worship and learning, to draw strength from the Word of God for daily living and service.


It was a time of great uncertainty. The structures that had governed life during America’s emergence from colony to county were changing. People were scrambling to discern what values to retain and which to shed in the free-wheeling atmosphere of the 20’s.
On April 27, 1926, these Lutheran Christians banded together in the parish hall of Torrance’s St. Andrew’s Episcopal Church, and took the first step on the journey that would lead to the formation of First Lutheran Church. The population of Torrance in that year, itself just a decade old, was 4,392.
The foundation of the incorporation effort had been laid by Pastor William Lange, a field missionary of the Lutheran Church. He became the parish’s first called minister. Tired of bouncing around from a real estate office to the Torrance Theater to the local American Legion Hall, the congregation, now numbering 48, pooled their scant resources and purchased a $875 lot at the corner of Acacia and Sonoma. The building began.
In 1930, ignoring the uncertainties and hardships of the Great Depression, by then extending a stranglehold across the United States, they built a parish hall, and used it as their first worship center.
With the threat of a World War looming, in 1941 they built and dedicated their first sanctuary, an $8,000 facility described in the Torrance Herald as “one of the most attractive in the city.”
Since then, in good times and bad, the people of First Lutheran have continued to step out in faith and to build.
In 1952, with attendance overflowing the capacity of the 275 seat sanctuary, they purchased a 3½ acre parcel of land, weed filled and dotted with oil derricks, at the corner of Flower and Carson, at that time far from the city’s thriving downtown center.
Then, in 1954, they dedicated a new $70,000 parish hall, intending to worship in it until a larger and more fitting sanctuary could be constructed. But the need for quality education in the burgeoning Torrance area intervened.  In 1957 they dedicated the South Bay’s first Protestant Day School instead.
The church and school grew rapidly, requiring new buildings: a three story classroom building in 1964, combination fellowship hall and classroom building in 1978, and a $194,000 resource center, including library, music facility and nursery in 1985.
In 1988, recognizing that it was becoming increasingly difficult to call and retain pastors because of the rising cost of housing in the area, the congregation voted to build a parsonage.
It wasn’t until 1989, with receipt of a $2.7 million bequest, that the long-delayed dream of a new sanctuary once again became a possibility. However, because a substantial portion of the bequest was in property (land for the parsonage and Flower parking lot), and $300,000 was earmarked for a teacher endowment fund and the purchase of two vans, there still wasn’t enough money to build.
The congregation launched its first professionally guided capital campaign in 1992, and ultimately raised more than $750,000. In yet another leap of faith, the congregation voted more than $100,000 of those funds in gifts to partners within church and community, in gratitude for all God’s gifts.
Meanwhile, the 1994 Northridge earthquake had revived the previously sluggish construction industry, and sent building costs skyrocketing. The congregation asked architect John Gougeon to create an innovative, artistic and affordable sanctuary design. The resulting structure, with its soaring lines and warm welcoming worship environment, was dedicated to God’s glory on February 18, 2001.
In the years that have followed, the missionary enterprise of FLCS has broadened and deepened. Outreach to Asian and other immigrant neighbors, bringing new educational technologies to the work of our schools, expanding the breadth and depth of social ministries through the work of FirstServe Community Services of the South Bay – all of these and many more initiatives to serve our community in Christ’s name have been empowered and supported by the people of this congregation, and the buildings they have built in faith.
At long last, First Lutheran is fulfilling its dream to transform that 1950’s Era parish hall into a modern and innovative Center for Mission. With the completion of Project+Faith, FLCS will finally have the community facility for which it has prayed all these many years.
Through its partnership with California Lutheran University, and in a host of other ways, Project+Faith will give fresh purpose to the new Faith Hall that could scarce have been anticipated decades ago.
A great old hymn sums up our history, as well as our hope in Christ's grace and power:
O God, our help in ages past,
Our hope for years to come
Our shelter from the stormy blast
And our eternal home! 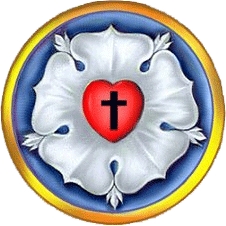