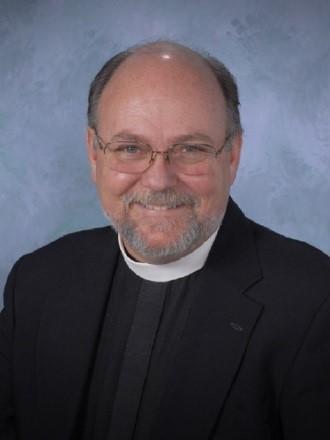 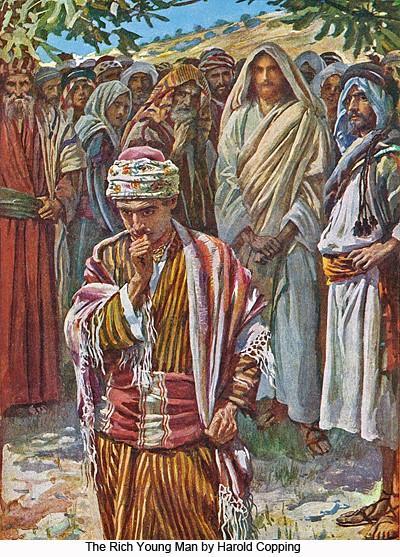 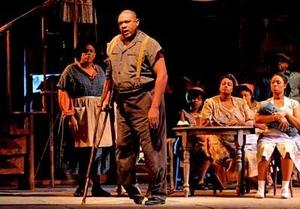 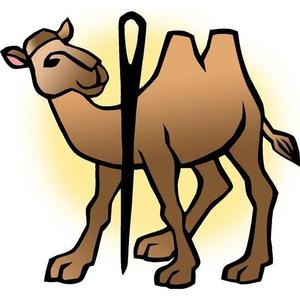 In this Sunday’s Gospel text we continue to trail Jesus on his way to the Cross. Over the past few weeks he has astounded and challenged us with uncompromising statements about divorce and marriage, family and children, lopping off limbs, and the like. And just when you think it might be safe to climb back on the road to discipleship, here comes an exchange that is particularly distressing to any of us with material abundance: the problem of wealth in the way of Jesus.

You know the story well: a wealthy would-be disciple asks what it will take to inherit eternal life. After assuring Jesus that he’s honored the commandments all his life long, Jesus counters with these words, according to Mark’s telling:

Jesus, looking at him, loved him and said, “You lack one thing; go, sell what you own, and give the money to the poor, and you will have treasure in heaven; then come, follow me.”

And that does it. Stunned and stricken, this pious and sincere applicant for the Jesus Walk backs away from the call, because his tremendous wealth erects a too-tall barricade to joining the Christly journey to Jerusalem and the Cross.

“As difficult as passing a camel through a needle’s eye – that’s how hard it will be for the wealthy to enter God’s reign!” With these words to his erstwhile followers, Jesus seemingly creates an impassible conundrum not only to this one potential supporter, but to twenty centuries’ worth of those who have heard this judgment laid upon their lives and inventories as well.

Rather than engage in yet another nuanced defense of wealth in the service of the Gospel, or, alternatively, waging class warfare in the automatic ennobling of poverty over substance, I’d like to sing you a song from one of my favorite plays, Porgy and Bess. Listen as Porgy, crippled and poor, sings his lament at the miserable life he’s been handed by fate:

I got plenty of nothing, and nothing's plenty for me
I got no car - got no mule - I got no misery

Folks with plenty of nothing, they've got a lock on the door
Afraid somebody's going to rob 'em
While they’re out (a) making more - what for?

The folks with plenty of plenty got to pray all the day
Sure with plenty you sure got to worry,
How to keep the devil away - Away

I ain't frettin 'bout hell ‘till the time arrive
Never worry long as I'm well, never one to strive
To be good, to be bad - What the hell - I am glad I'm alive

Now let’s be careful to not romanticize Porgy’s poverty, any more than we should idealize or covet those with “plenty of plenty” – ourselves or others. Porgy’s life is a mess, and this song is so filled with irony (and, has been noted for decades by critics of the Porgy story, a stiff dose of racist “look that those happy and carefree black folk” to boot), that to treat this song as a manifesto of contented impoverishment would be naïve and crass in the extreme. And deeply wrong.

Rather, I’d have us look at the phrase, “Plenty of Nuthin’” in the way I think the Gospel means for us to hear it. What sends the rich man away in consternation isn’t his “plenty” per se; it’s his failure to see it as an obstacle to his following the Christ. In fact, his arrogant self-image isn’t just about his wealth, but about his status as one who has kept the commandments from youth. All of those things that would keep a person from throwing in with Jesus, and walking the way of the Cross, are deadly components of his personal “plenty of nuthin’,” precious and treasured and not to be lost, not even when dropping them along the wayside would free him to embrace life to the full, life for forever.

Plenty of nuthin’. What comprises your “plenty?” Is it material wealth, property, investments, or the fantasy of financial security as a hedge against want or mortality? Is it status, reputation, honor or fame? Is it a circle of family or friends, a faithful spouse or adoring children? As our friend Peter says, with the air of one affronted by Jesus’ radical declaration about camels and needle-eyes and impossible following, “Look, we have left everything to follow you!” Everything, so it turns out, except his personal safety, his avoidance of arrest or condemnation as a Jesus-follower. Everything that will become apparent when the rooster crows, and in that denying moment when he declares as an unknown stranger the one he has repeatedly, arrogantly and eloquently promised to empty his life to serve and follow, even to death. And so, especially in his case, “the first will be last, and the last first.”

What Porgy has to learn, and Peter, and you and me no less than they, is that the treasure isn’t in the things or the name or the status or the security or the safety, or in anything that becomes a fat camel at the oh-so-narrow portal to true life in the way of the Messiah. Whether in our personal possessions or our individual tonnage, the camel is way too fat, and the eye of the needle is way too narrow.

And that’s where it all depends on faith. Faith that dares to see the plenty as mere nuthin’, however we calculate and cherish it -- except as a trust and endowment for living a life of kindness and generosity toward our neighbor in need. That’s why the Jesus Movement has always honored and included people of means and substance right along with the poor and needy – because it isn’t in the inventory that we find our deepest meaning and affirmation, but in the love of God that bears the cross for rich and poor alike, and calls us all to invest what we’ve been granted and gifted for the benefit of others in the pursuit of God’s vision of a just and compassionate humankind.

And when that happens – when our plenty becomes nuthin’ to our credit, and everything in the service of the Gospel, that fat camels mysteriously and lithely pass through the impossible portal of that needle’s eye, and we find ourselves miraculously and grace-fully on the other side of the passage the world calls impossible and impassible under our own steam.

“Who can be saved?” Anyone and everyone, in the amazing economy of the Christ who strides to Jerusalem to lay it all down – honor, fame, popularity, substance, reputation – all of it deemed nuthin’ for the life of the world. And everything we’ll ever really need to stand on this side of the portal, with Christ and in his service, with all the marvelous plenty with which we’ve been granted to spend on extending God’s reign among all who hunger, thirst or plead for bread to eat and a hope in which to trust.

As we gather for worship this weekend, may we experience the transforming gift of Water, Word and Table, whatever has fattened and atrophied that fat camel called sin, and learn from our Lord to be joined to his vision of the Kingdom, to embrace what truly matters, what truly grants life, life to the full, life for forever. In the name of the Christ who became poor that we might become truly and eternally rich.