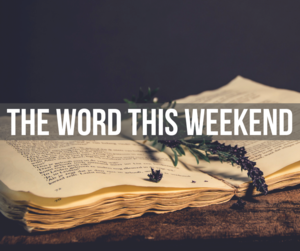 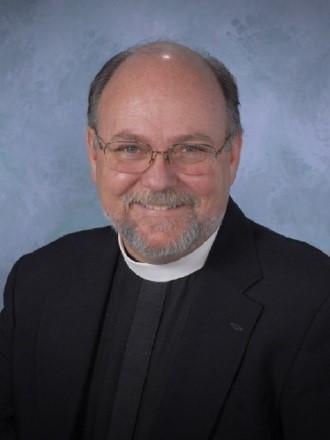 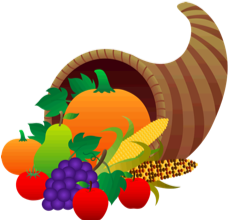 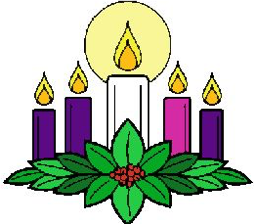 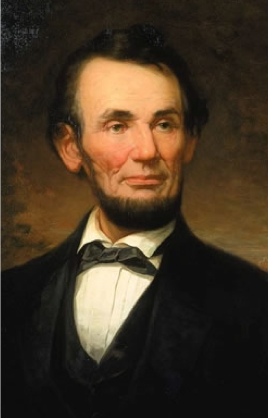 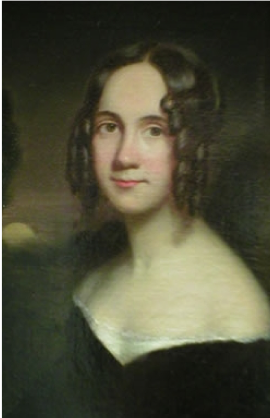 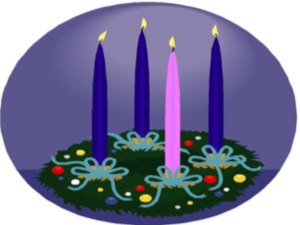 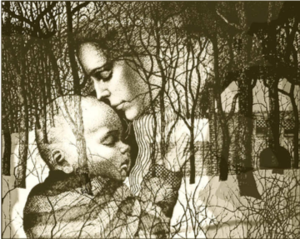 “The ‘Mother’ of All Thanksgivings”

Rejoice in the Lord always; again I say, Rejoice! Let your gentleness

be apparent to everyone. The Lord is near. Don’t be anxious about anything, but in everything -- through dedication to prayer and making your needs known with thanksgiving—voice your yearnings to God. And God’s peace, beyond all limits of reason, will keep your hearts and your minds in Christ Jesus.  (Philippians 4:4-7)

Thanksgiving and Advent -- they come around together most years. In many ways Thanksgiving is a “looking back” holiday, indexing the past year’s blessings of life, liberty and the pursuit of happiness, and the like. And let’s face it: some years feel more blessed than others, and I’m not just talking about this uncertain and anxious political season.

Sometimes our Thanksgivings are uncomplicated and consistent. Other times we are conflicted with the events of the year just past. Some years our words of thanks come easy, and all around the table can nod in grateful appreciation of a “better than usual” year. Other years we may grapple with bad health, or downturns in our fortunes or livelihoods, or even those empty and silent chairs around our feasts. In good times and bad, Thanksgiving calls us to remember with a hope that moves beyond the moods or movements of the moment.

Most Americans are unaware of the roots of the national Thanksgiving observance, and a brief history lesson might be in order as we bow our heads in prayer, and perhaps in grief, this year or any year. As an article from the History Channel makes clear:

On October 3, 1863, with the nation embroiled in a bloody Civil War, President Abraham Lincoln issued a proclamation setting aside the last Thursday in November as a national day of thanks, setting the precedent for the modern holiday we celebrate today.

Secretary of State William Seward wrote it and Abraham Lincoln issued it, but much of the credit for the proclamation should probably go to a woman named Sarah Josepha Hale. A prominent writer and editor, Hale had written the children’s poem “Mary Had a Little Lamb,” originally known as “Mary’s Lamb,” in 1830 and helped found the American Ladies Magazine, which she used a platform to promote women’s issues. In 1837, she was offered the editorship of “Godey’s Lady Book,” where she would remain for more than 40 years, shepherding the magazine to a circulation of more than 150,000 by the eve of the Civil War and turning it into one of the most influential periodicals in the country. In addition to her publishing work, Hale was a committed advocate for women’s education (including the creation of Vassar College in Poughkeepsie, New York), and raised funds to construct Massachusetts’s Bunker Hill Monument and save George Washington’s Mount Vernon estate.

The New Hampshire-born Hale had grown up regularly celebrating an annual Thanksgiving holiday, and in 1827 published a novel, “Northwood: A Tale of New England,” that included an entire chapter about the fall tradition, already popular in parts of the nation. While at “Godey’s,” Hale often wrote editorials and articles about the holiday and she lobbied state and federal officials to pass legislation creating a fixed, national day of thanks on the last Thursday of November—a unifying measure, she believed that could help ease growing tensions and divisions between the northern and southern parts of the country. Her efforts paid off: By 1854, more than 30 states and U.S. territories had a Thanksgiving celebration on the books, but Hale’s vision of a national holiday remained unfulfilled.

The concept of a national Thanksgiving did not originate with Hale, and in fact the idea had been around since the earliest days of the republic. During the American Revolution, the Continental Congress issued proclamations declaring several days of thanks, in honor of military victories. In 1789, a newly inaugurated George Washington called for a national day of thanks to celebrate both the end of the war and the recent ratification of the U.S. Constitution—one of the original copies of Washington’s proclamation is set to be auctioned this November, with an estimated sale price of $8-12 million. Both John Adams and James Madison issued similar proclamations of their own, though fellow Founding Father Thomas Jefferson felt the religious connotations surrounding the event were out of place in a nation founded on the separation of church and state, and no formal declarations were issued after 1815.

The outbreak of war in April 1861 did little to stop Sarah Josepha Hale’s efforts to create such a holiday, however. She continued to write editorials on the subject, urging Americans to “put aside sectional feelings and local incidents” and rally around the unifying cause of Thanksgiving. And the holiday had continued, despite hostilities, in both the Union and the Confederacy. In 1861 and 1862, Confederate President Jefferson Davis had issued Thanksgiving Day proclamations following Southern victories. Abraham Lincoln himself called for a day of thanks in April 1862, following Union victories at Fort Donelson, Fort Henry and at Shiloh, and again in the summer of 1863 after the Battle of Gettysburg.

Shortly after Lincoln’s summer proclamation, Hale wrote to both the president and Secretary of State William Seward, once again urging them to declare a national Thanksgiving, stating that only the chief executive had the power to make the holiday, “permanently, an American custom and institution.” Whether Lincoln was already predisposed to issue such a proclamation before receiving Hale’s letter of September 28 remains unclear. What is certain is that within a week, Seward had drafted Lincoln’s official proclamation fixing the national observation of Thanksgiving on the final Thursday in November, a move the two men hoped would help “heal the wounds of the nation.”

After more than three decades of lobbying, Sarah Josepha Hale (and the United States) had a national holiday, though some changes remained in store. In 1939, President Franklin Roosevelt briefly moved Thanksgiving up a week, in an effort to extend the already important shopping period before Christmas and spur economic activity during the Great Depression. While several states followed FDR’s lead, others balked, with 16 states refusing to honor the calendar shift, leaving the country with dueling Thanksgivings. Faced with increasing opposition, Roosevelt reversed course just two years later, and in the fall of 1941, the U.S. Congress passed a resolution returning the holiday to the fourth Thursday of November.

So, the “Mother of All Thanksgivings,” beyond the advocacy and tenacity of Ms. Hale and President Lincoln, is firmly set in the brokenness and travail of the American republic. In the midst of what Lincoln had called, “a great civil war,” he could yet call his nation to a time of thanks-giving, and to a fervent and hopeful binding up of his country’s deep wounds and even deeper worries for the future.

And this, dear companions in faith, is where Advent takes over. Whether it’s been a red-letter year, or one we’d rather forget, the hope of the Advent Season embraces and illuminates it all. As we will hear at services on Christmas Eve, the Prophet Isaiah calls us to a Hope that transcends a year that may be relatively good or relatively forgettable. Listen to these words of hope, for the people of Galilee that will produce earth’s Savior, promised and fulfilled in the darkest of days, and for all of us, however dark our Thanksgivings may be:

But there will be no gloom for those who were in anguish. In the former time he brought into contempt the land of Zebulun and the land of Naphtali, but in the latter time he will make glorious the way of the sea, the land beyond the Jordan, Galilee of the nations.

The people who walked in darkness have seen a great light;
those who lived in a land of deep darkness— on them light has shined.
You have multiplied the nation, you have increased its joy;
they rejoice before you as with joy at the harvest,
as people exult when dividing plunder.
For the yoke of their burden, and the bar across their shoulders,
the rod of their oppressor, you have broken as on the day of Midian.
For all the boots of the tramping warriors, and all the garments rolled in blood
shall be burned as fuel for the fire.

For unto us a child is born, unto us a son is given
authority rests upon his shoulders; and his name is
Wonderful Counselor, Mighty God,
Everlasting Father, Prince of Peace.

His authority shall grow continually,

and there shall be endless peace
for the throne of David and his kingdom.
He will establish and uphold it
with justice and with righteousness
from this time onward and forevermore.
The zeal of the Lord of hosts will do this.

As we gather for Thanksgiving observances, and welcome the Advent Season this weekend, my prayer is that we will gather as one reconciled and hopeful people, whatever may have been the achievements or shortcomings, the joys or the woes of this year just passed. May we once again rededicate our lives and futures to the living and daring confidence of faith and following to which the Advent Christ calls us. Join me in worship and in work – as we light our candles and push back the darkness around and within us -- in the name and in the service of the Christ who embraced our darkness and extended to us his blessed Light, conquering even death itself, for the life and unity of the whole God-blessed world.